Look at the picture below. 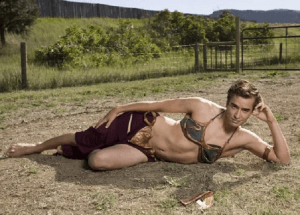 What do you see? A nearly naked man in what might traditionally be called women’s clothing.

We all know the short tale by Hans Christian Andersen about two weavers who promise an emperor a new suit of clothes that is invisible to those who are unfit for their positions, stupid, or incompetent. Right?

No? Well when the Emperor parades before his subjects in his new clothes, no one dares to say that he doesn’t see any suit of clothes until a child cries out, “But he isn’t wearing anything at all!” The tale has been translated into over a hundred languages.

So, I hope those of you still reading this realise that anyone that is using a smartphone is potentially walking around like the emperor and completely naked.

It never ceases to amaze me just few years ago people would actually go to jail, than fill in their census. Yet now some lay bare and put really, really personal information on Facebook. (reference https://www.theguardian.com/uk/2012/jan/27/120-convicted-census-forms-2011 )

Sorry, it gets even worse. We could ask, why is Tim Cook and Apple challenging the FBI? Is it because their cover has been blown and they need to be seen doing something about it. (reference https://www.apple.com/customer-letter/ )

As I write this a federal judge has just ruled in favour of Apple. Seriously if you use an iPhone (14%) or Android (84%) phone for that matter you are potentially walking around as naked as the day you were born.

We are, whether we like it or not, the most surveilled generation ever in the history of humanity.  The good news is we, at Webster Consulting, can help you chose an Armani gown that hides your embarrassment or failing that remind you of the moral of the story. “But he/she isn’t wearing anything at all!”

If you want further information, then please CLICK HERE – www.webster-consulting.eu